The hero Spartacus was a slave in 73 B.C. and challenged the norms of the Roman society with his idea of freedom for those that desired it.

Though the original movie was made in 1960, it stands out as one of the most remembered historical films. The recent remake as a TV series has helped to re-ignited popularity of the Spartacus workout philosophy.

The story revolves around the hero Spartacus, who was a slave in 73 B.C. and challenged the norms of the Roman society with his idea of freedom.

The idea of freedom and the depiction of the concept with its immortal appeal and attraction is one of the major reasons for the everlasting popularity of the movie. But the most important feature of the movie was the highly attractive, lean and muscular figure of the lead in the film.

The popularity has resulted in an entire workout routine specifically designed for interested individuals to get a figure similar to Spartacus. 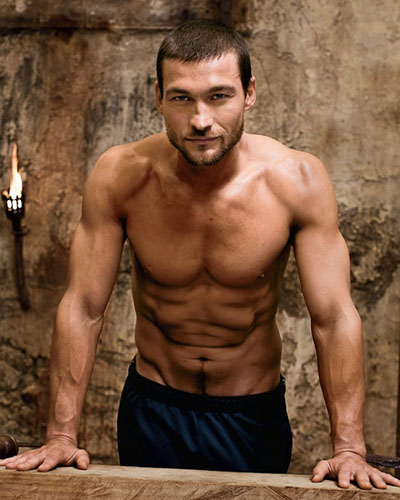 This very challenging style of routine became known as the Spartacus workout.

The Breakdown – The Spartacus Workout Routine

The Spartacus workout is a circuit of 10 exercises in total, these are know as exercise stations. All the different exercises are required to be carried out in the specified sequence as per the below table.

Each exercise session  lasts for a time period of 60 seconds, doing as many repetitions of the exercise as possible in that time while maintaining good form.

After every 60 seconds, take a 15 second rest before moving to the next  exercise station.After a full circuit is completed (10 exercise stations)  take a 2 minute break before completing circuit 2 more times

I hope you have enjoyed this article so far! Share it now to unlock another free workout and help us spread the word, it helps keep the free workouts coming 🙂